The Church of the Little Ark, Kilbaha

The Church of the Little Ark, Kilbaha 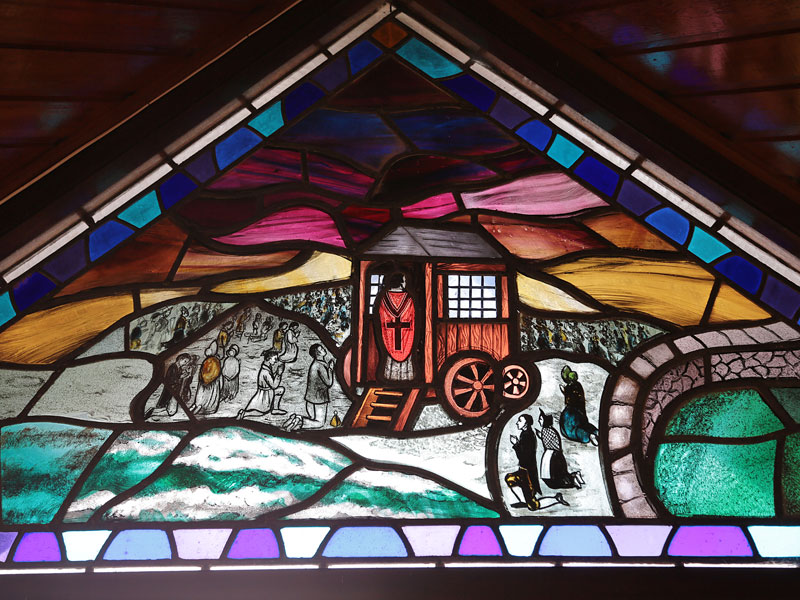 In the 19th century, in spite of Catholic Emancipation the Protestant landlords of Loop Head refused permission for the building of a Catholic Church on their land. Catholic Emancipation involved reducing and removing many of the restrictions previously imposed on Roman Catholics to practicing their faith. The Loop Head Peninsula was a part of the estates once forfeited by Lord Clare, and had become the property of Burton and Westby. Their agent Marcus Keane was adamant in his refusal to accommodate the local community’s efforts to build a church. This was unacceptable to the locals, who wished to practice their faith. They came up with a number of solutions including using makeshift tents and turning abandoned houses into temporary churches but these were forcibly removed by Marcus Keane. Masses were also said in some of the farmer’s houses but they were subsequently threatened with eviction if they persisted with the practice.

In 1852 Father Michael Meehan came up with the solution of building a wooden box on wheels, with an altar inside which could be rolled onto the beach at low tide as the sea shore was considered no man’s land. He commissioned a carpenter, Owen Collins in Carrigaholt to build the Ark at a cost of £10. The design was inspired by the Victorian Bathing Machines in Kilkee. The Ark had to be built on the street at Carrigaholt as it was too large for the carpenter’s workshop and was completed in two weeks. For five years, masses, baptisms, weddings and funerals took place at the Little Ark before permission to build a church was granted in 1857. The unique Little Ark has been preserved and can be seen in an annex to the existing church at Moveen, originally dedicated to Our Lady, Star of the Sea but more commonly known as the Church of the Little Ark.

The Little Ark is housed in a small annex in the church at Kilbaha and is open to visitors every day unless there is a service in the church.